I really like cruise control.  I’ve liked it since my early years of driving … my parent’s car had cruise and I used it when I drove.  Besides keeping the vehicle at a constant speed, and keeping me from getting a cramp in my right foot, cruise increases gas mileage (important in a truck) and keeps (usually) the cops away. 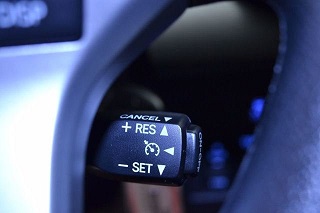 Most vehicles sold these days have cruise and I am amazed on a daily basis the number of people that DON’T use it.  I know they don’t use it as when I catch up to them they pace me, or if they begin to pass they slow and pace me.

Had one of the later experiences while driving though eastern Oregon on a recent trip.  I passed a driver (I was on cruise control and had been so for a couple of hours) who then sped up behind me and followed me closely (almost tailgating).  He then started to pass me and then immediately paced my speed (ie, not completing the pass).  This went on for a few miles with him moving just a bit ahead and falling just a bit behind (yes, he was remaining in the passing lane).  After a few miles ‘we’ caught up with a semi truck.  I paused the cruise and accelerated … and the expected happened – HE SPED UP!  Then I  slowed – HE SLOWED DOWN!  All the time completely unaware of the speed he was driving!!

All I have to say is USE F’ing CRUISE CONTROL!  Be aware of your speed. (Don’t get me started on people that hit their brakes if they see a cop EVEN WHEN THEY ARE NOT GOING OVER THE SPEED LIMIT!)